Are you an outdoorsy person who likes to get your exercise while exploring nature? Do you like newer homes but find it hard to locate a newer subdivision that has more than just a standard park? If so you should check out Osprey in the south west corner of Lisgar in Mississauga.

Homes in the Osprey Marsh area consist of detached homes, semi detached and a small complex of executive town homes. The community was designed with nature in mind, and was built around a system of storm water management ponds called Osprey Marsh.

While not an official neighbourhood, the area shown above on the map is an area with very close access to Osprey marsh, something that most other neighbourhoods in Mississauga could only imagine having in their backyard.

Buyers Who Should Consider Osprey:

The great thing about this neighbourhood is that you can get a large, fairly newer all brick house for a decent price when compared to other neighbourhoods in Mississauga. There are plenty of good schools and parks nearby making it an excellent family area.

If you like spending time outdoors, then Osprey is a great option for you. Osprey Marsh is approximately half a kilometer long, so doing a couple of laps is great way to get your exercise. There are plenty of birds to watch and you will even see some people fishing in the area. If you just like the idea of strolling in nature, Osprey Marsh is very serene and relaxing. 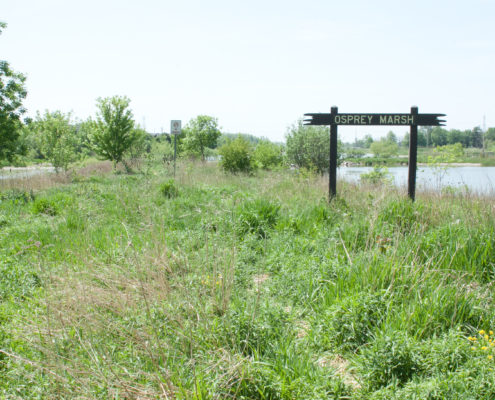 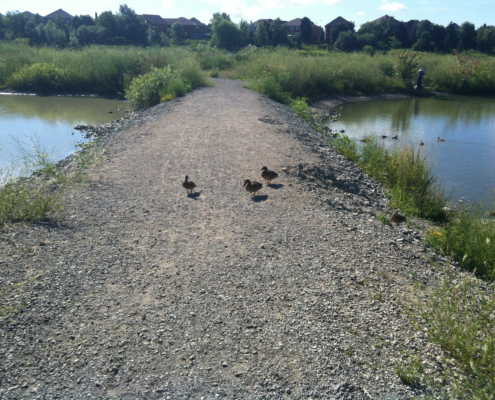 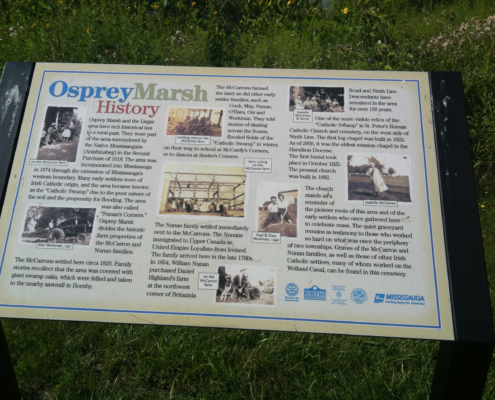 Do you think it important that your neighbours homes look good also. Do you want a neighbourhood that shows pride of ownership? The homes near Osprey Marsh are some of the best kept homes in all of Lisgar. Especially the small community of Avonlea on the Pond, a small development of newer Mattamy homes on the located on the north side of Osprey Marsh. Driving in this development you might forget you are in Lisgar as it has a very high end feel to it.

Avonlea on the Pond, a small community of Mattamy built homes in south Lisgar

Homes For Sale near Osprey Marsh

Just like ANY neighbourhood, Osprey is not for everyone, and I think it’s very important to know the downsides so that you can make a fully informed decision.

Aside from Osprey Marsh, the neighbourhood is as suburban as it gets. There’s nothing really to walk to so even the most routine errands require driving in a car which makes the area very busy. It is also located in the north west corner of Mississauga, so if you need to be further south or in Toronto on a regular basis you will want to make sure of the commute time before hand.

Air Plane Noise: Like all of the neighbourhoods in north Mississauga, Osprey lies on one of Pearson Airport’s flight paths. If you are interested in this area you should expect to see planes flying over your home approximately every second day. The good news is that planes are high enough that you shouldn’t hear them inside your house, but when you’re outside, you will hear them.

Looking for a home in Osprey, Lisgar, Mississauga or the west GTA? Let’s Talk!