Only Clarkson and Port Credit offer the Lakeshore Village “Vibe”

Accessible Bus routes to get East and North

Clarkson Village is a tale of two worlds, starting with the more affordable area of Park Royal and going all the way up to multi million dollar waterfront estate homes. If you speak to anyone who grew up in Clarkson, they either still live there, or get a far off look in their face, thinking fondly of it. It’s not a “picture perfect” village like you may think of in say, South Oakville, but people who know Clarkson, love Clarkson.

Over the past decade, Clarkson has been coming into its prime due to its south location and easy access to Toronto. The GO Train has made Clarkson attractive destination for professionals moving to Mississauga from Toronto, who want to trade in their 500 sqft condo for a house with a backyard but still be able to get into the city quickly.

Clarkson Village is not your typical suburban neighbourhood with only big box stores and chain restaurants. Take a stroll on Lakeshore Rd and you will find indie restaurants, several pubs, and shopping. It’s also very easy to head over to Port Credit or even downtown Toronto if you want a night out. Transit is good for those who don’t have a car and for young Singles, Young Families and even Seniors, Clarkson ticks all the right boxes.

Having said that, a large part of Clarkson is still a community in transition. There are still pockets of homes that suffer from lack of upkeep, although this is rapidly changing as prices rise and new owners are fixing them up. Schools, although improving with a new generation moving in, have had a poor reputation for a long time, and will take some time to fix. The economic demographics in Clarkson couldn’t be a wider mix of people, so if you are looking for the “white picket fence” suburb, this is not it. The Village is in a slow and steady phase of gentrification, and will continue, as demand for the area continues to rise and prices rise along with it.

Clarkson is located south of the QEW, between Winston Churchill and Clarkson Road. South of Lakeshore, it is east of Southdown road and ends at Jack Darling Memorial Park. Clarkson can be divided further into sections, On the west end of Clarkson, is Park Royal, which consists of a mix of town houses, semi-detached homes and detached homes.

Next is the area east of Southdown Rd and goes to just past Clarkson Road, this area often gets confused with Lorne Park because it falls in the Lorne Park Secondary School boundaries.  Plus the area has a more ‘wooded feel’ like Lorne Park, but with smaller, older homes build mostly in the 1950’s & 1960’s.

Clarkson Village is the area south of the railroad tracks covering the village. Here you will find a mix older and historical homes, custom homes, condos and townhouses by Inverhouse and Walden Circle and luxury estate homes by the lake in the exclusive Rattray Marsh.

Your Typical Neighbour in Clarkson

This Village has an immense variety of neighbours, from young professionals, families, singles and seniors, it just depends on what area of the village you are looking at. While economically the demographics vary widely from Park Royal to Rattray Marsh one thing almost everyone has in common is a pride in their community.

Clarkson has 4 Home Owners Associations, which is quite a few for the size of the area. It speaks to the residents long term commitment to ensuring that the needs of its residents are at the table with municipal affairs, as well as fosters a stronger sense of community among residents. Supporting or joining a local home owners association is a great way to meet the neighbours and get immersed into the activities and goals of a neighbourhood.

The Most Common Styles of Homes in Clarkson

There are a variety of housing styles in Clarkson, from town homes to estate homes, but the most typical home you will encounter in Clarkson is the 1950’s to 1960’s suburban style home. Originally, homes were simple this reflected the working class demographic of Park Royal . However, if you drive through the streets of Park Royal today, you can see a drastic shift forward from many new residents investing in and renovating the homes. New exterior facings, doors, windows and landscaping are making a dramatic difference, one house at a time. Change is slow, but it is happening.

For Clarkson Village, Rattray Marsh, and the area east of Southdown Rd, there is more even mix of custom homes and small builder developments of large homes. Clarkson also has several high rises that are popular with both first time home buyers and seniors.

The largest concentration of town homes in Clarkson is located on Bromsgrove Rd in Park Royal, west of the GO Train station. Prices in this area are relatively affordable due to their age and location, and renovated units will fetch top dollar so this is a good option for first time home buyers and investors. If your budget is higher, there are a number of higher end town house complexes in Clarkson Village that might appeal to you.

High rise condos are located near the intersection of Southdown Rd and Lakeshore Rd, and are very popular with down sizers due to their location and access to amenities. The condo fees are reflective of the staff, proper upkeep, and amenities offered. Due to their relative affordability and size, young families have started moving in as well, as a means to get a foothold on the Clarkson Village property ladder. 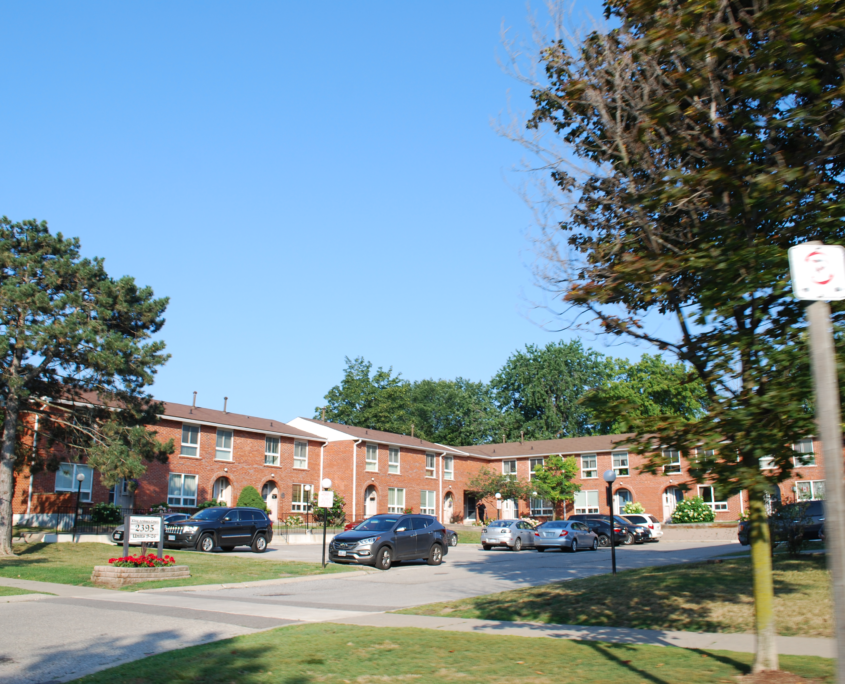 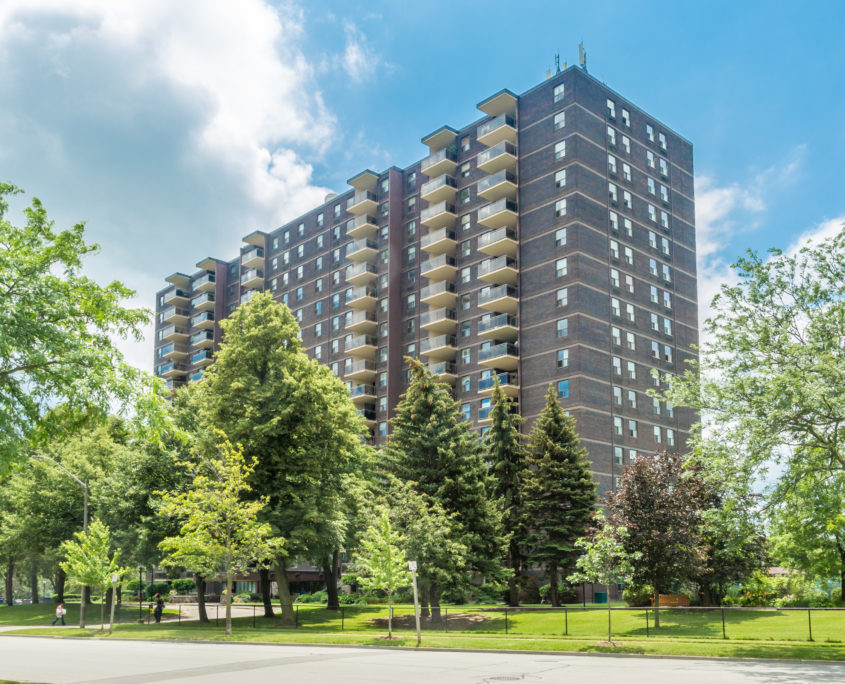 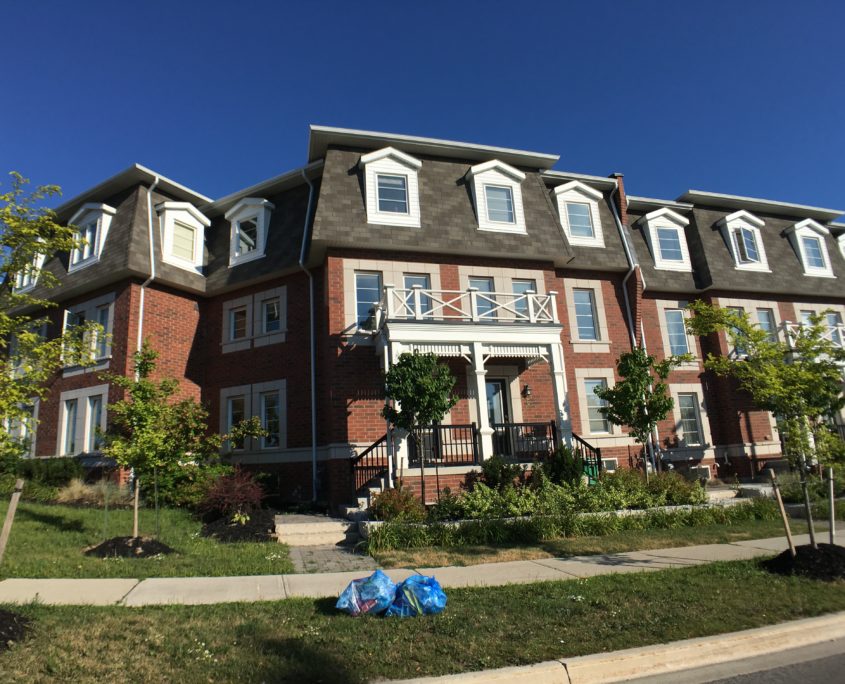 There is a wide variety of semi-detached homes in Clarkson, which dominate the area: 2 storey, back-split, or bungalow. For detached homes of this era, there are also bungalows, side-spilts, and some 2 storey. All of them have mature, tree-lined streets and generous lots sizes. Many have very private backyards.

These homes have only begun to be renovated and landscaped, so there is still a great opportunity to find “sweat-equity” home, that would increase in value with cosmetic updates and curb appeal. 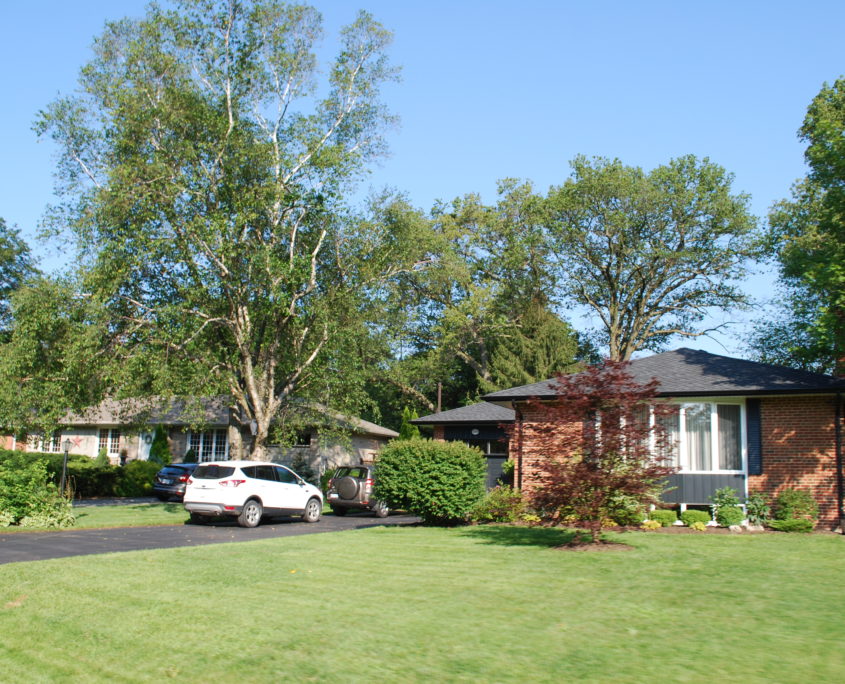 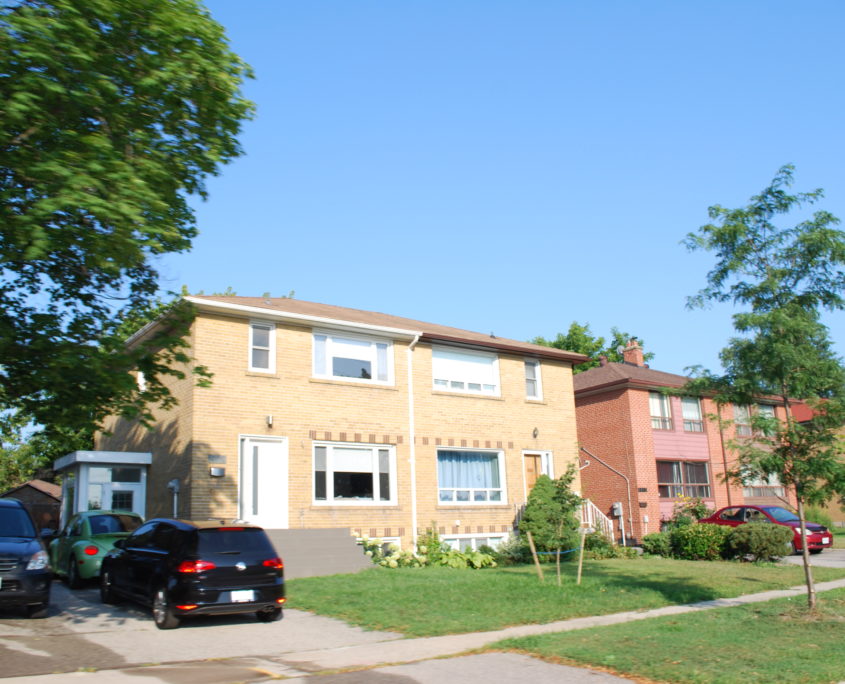 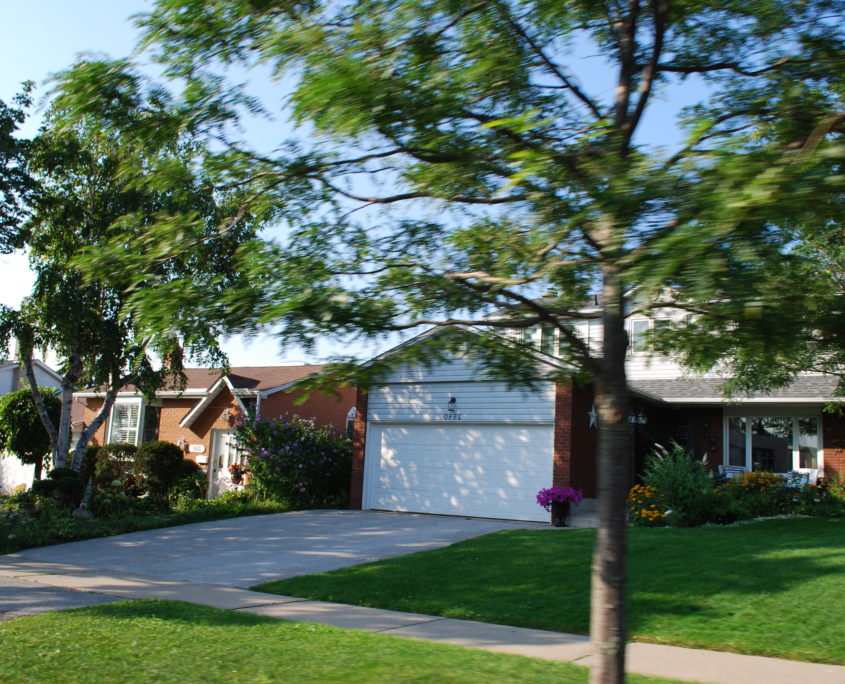 You will find large & stately homes with wide lots and beautiful curb appeal south of Lakeshore Road, along Bexhill, Bob-o-Link, Meadow Wood Roads, and their off-shoots. It is very similar in look and feel to Lorne Park and the prices are just as high. There are still many waterfront properties, despite so much land being dedicated to public parks.

This community is truly one of the most beautiful areas of Mississauga, and to an outsider, you may never even know it exists. Part of its charm is that its tucked far down the road from Lakeshore Rd, and with views of the lake and nature, it’s pretty hard to beat. 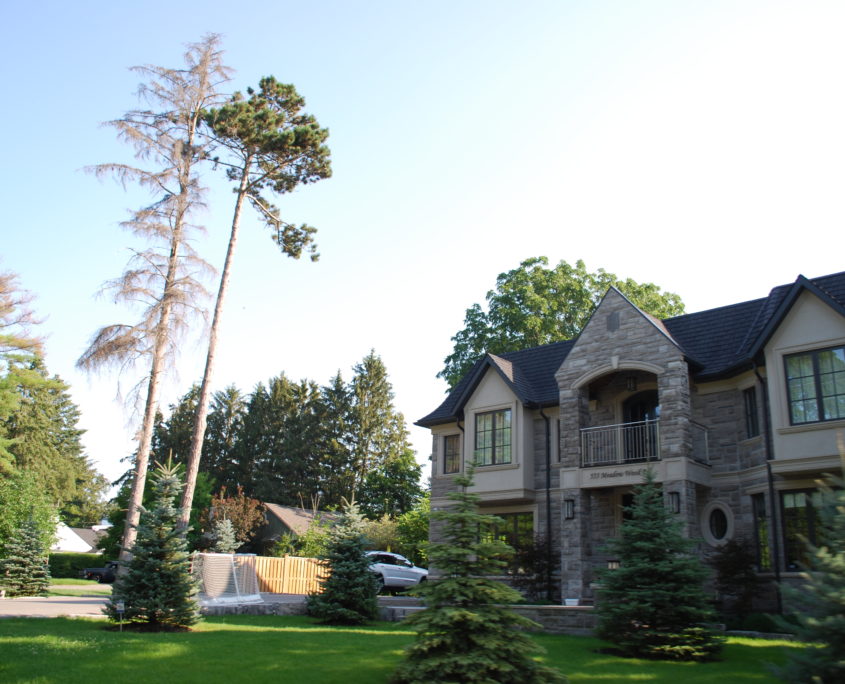 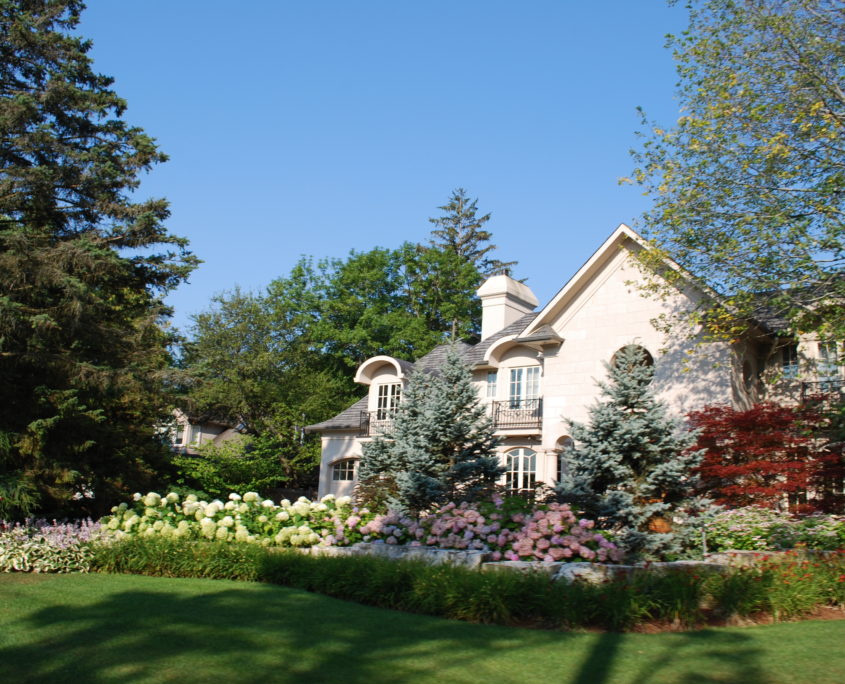 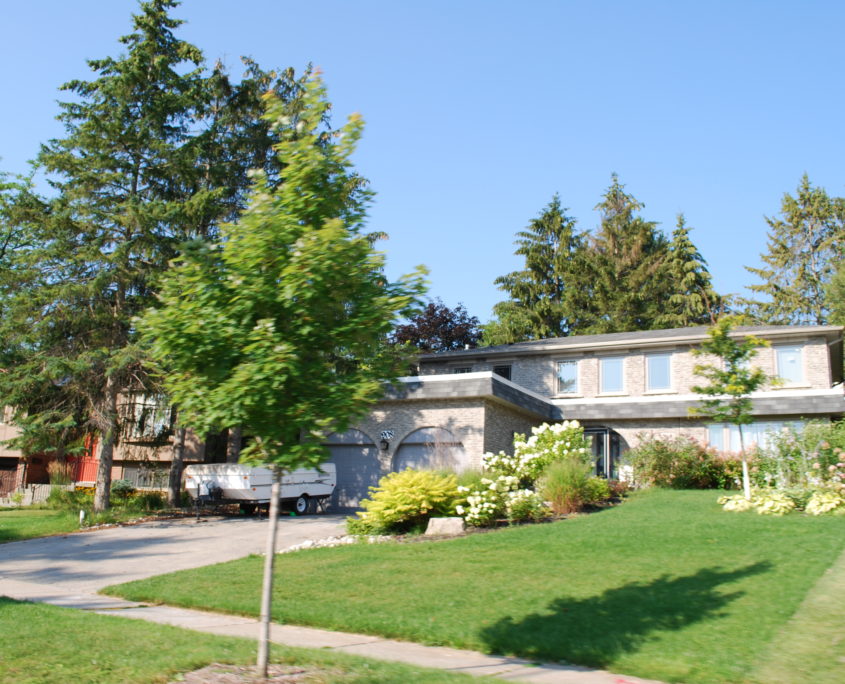 Parks are great. But waterfront parks are even better. They are relatively rare, and to many, there is such a soothing, therapeutic element to being close to the water. Although Lakeview already puts up some tough competition, and with the impending redevelopment of Lakeview and Port Credit waterfront lands, I may have to review my opinion, but here and now, I think Clarkson has the best variety and quality of parks along the water. Lakeside Park is great to take the kids for play structures and splash pad, Meadow Wood is home to the Bradley Museum and slowly winds down to a quiet beach front view. Jack Darling is the perfect place for large gatherings of friends and family, and also offers play zones and sunny walking trails along the water. Rattray Marsh Conservation Area is a gorgeous protected environment that educates about the local flora and fauna, and is mostly shaded on a hot sunny day. If you like being outside & waterside, nothing beats Clarkson. 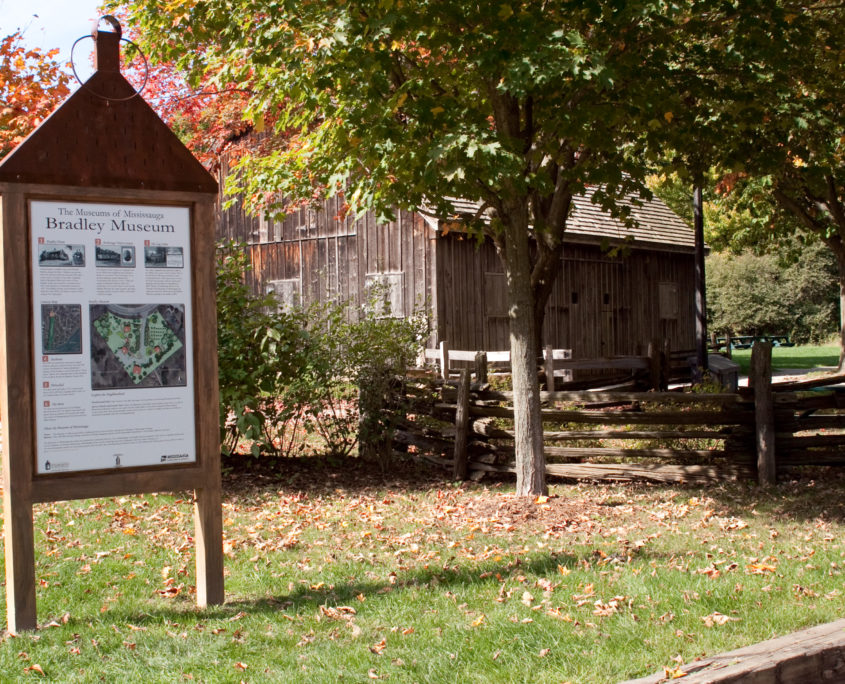 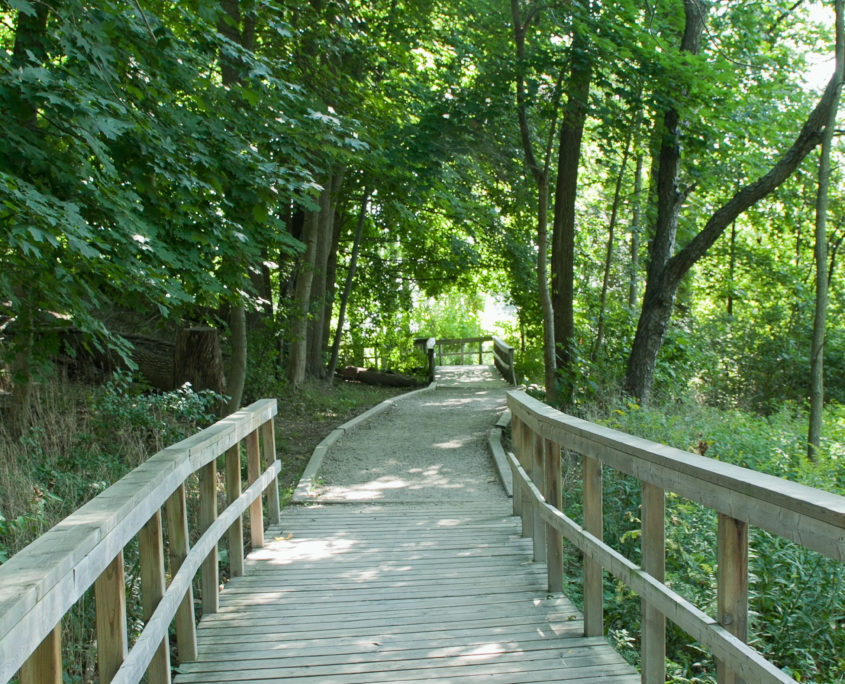 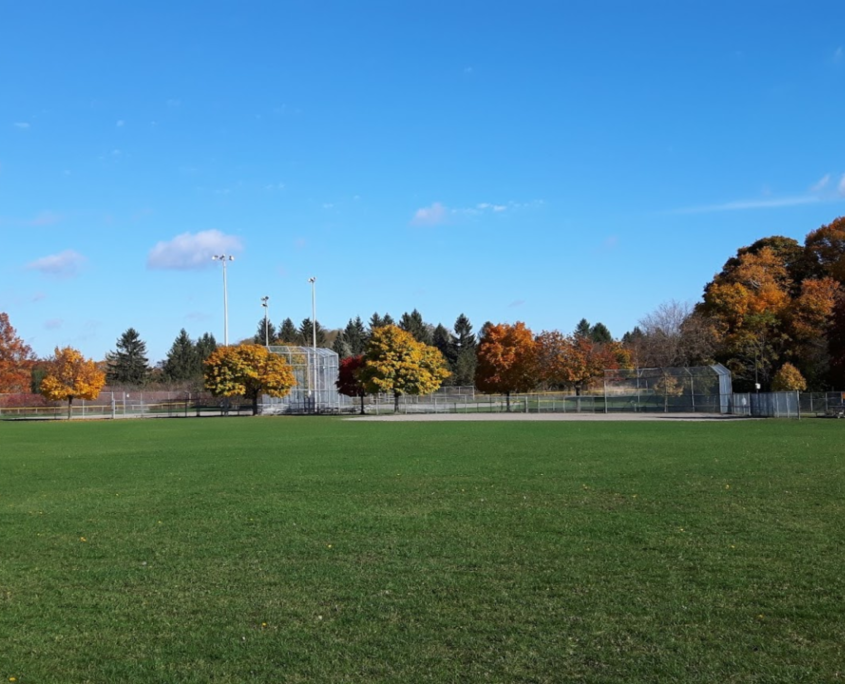 Clarkson is all about being a walkable village. The majority of homes can easily access amenities along lakeshore and/or Truscott Drive. Even more so, Clarkson has about 25 km of walking trails, so whether you are a biker, runner, have a scooter or like to walk your dog, there really is no excuse to get out and be active. Click the links below to learn more about the trails along the waterfront from Lakeside Park to Jack Darling Park in Clarkson 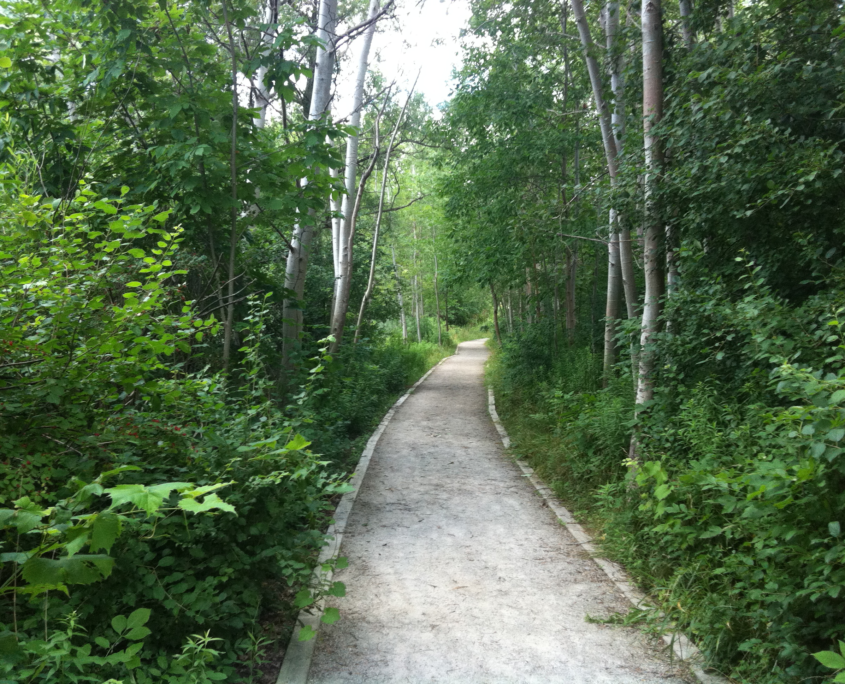 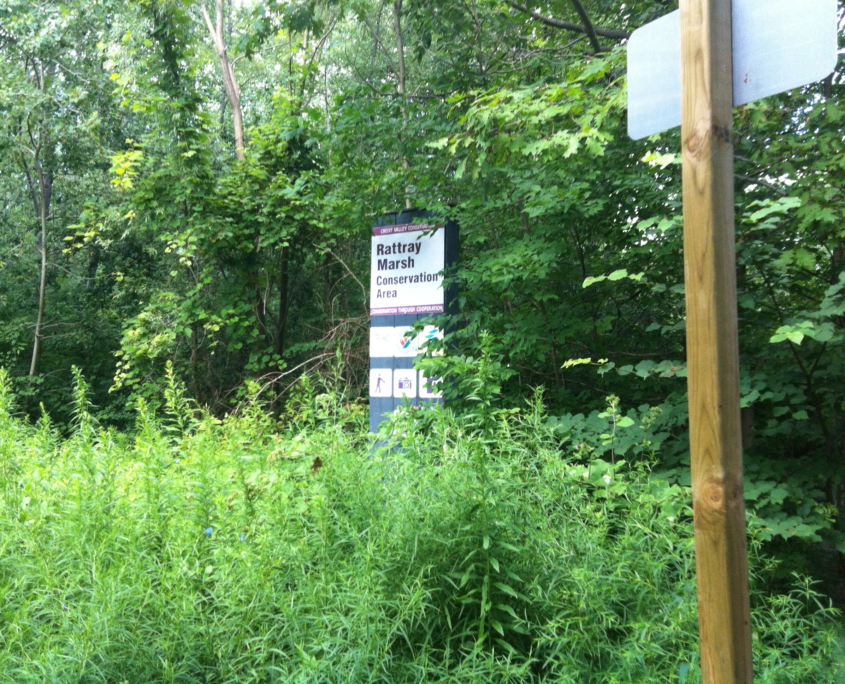 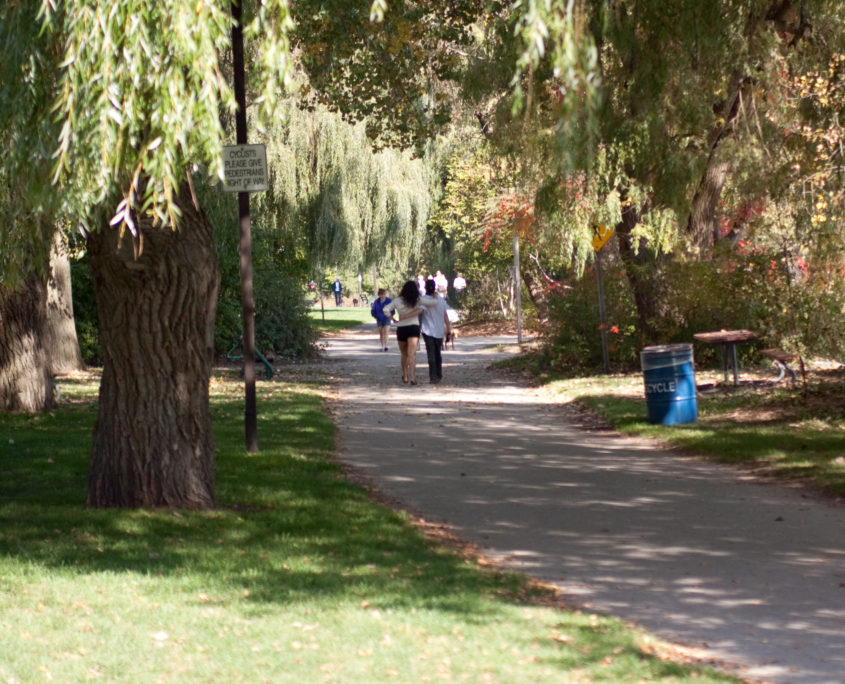 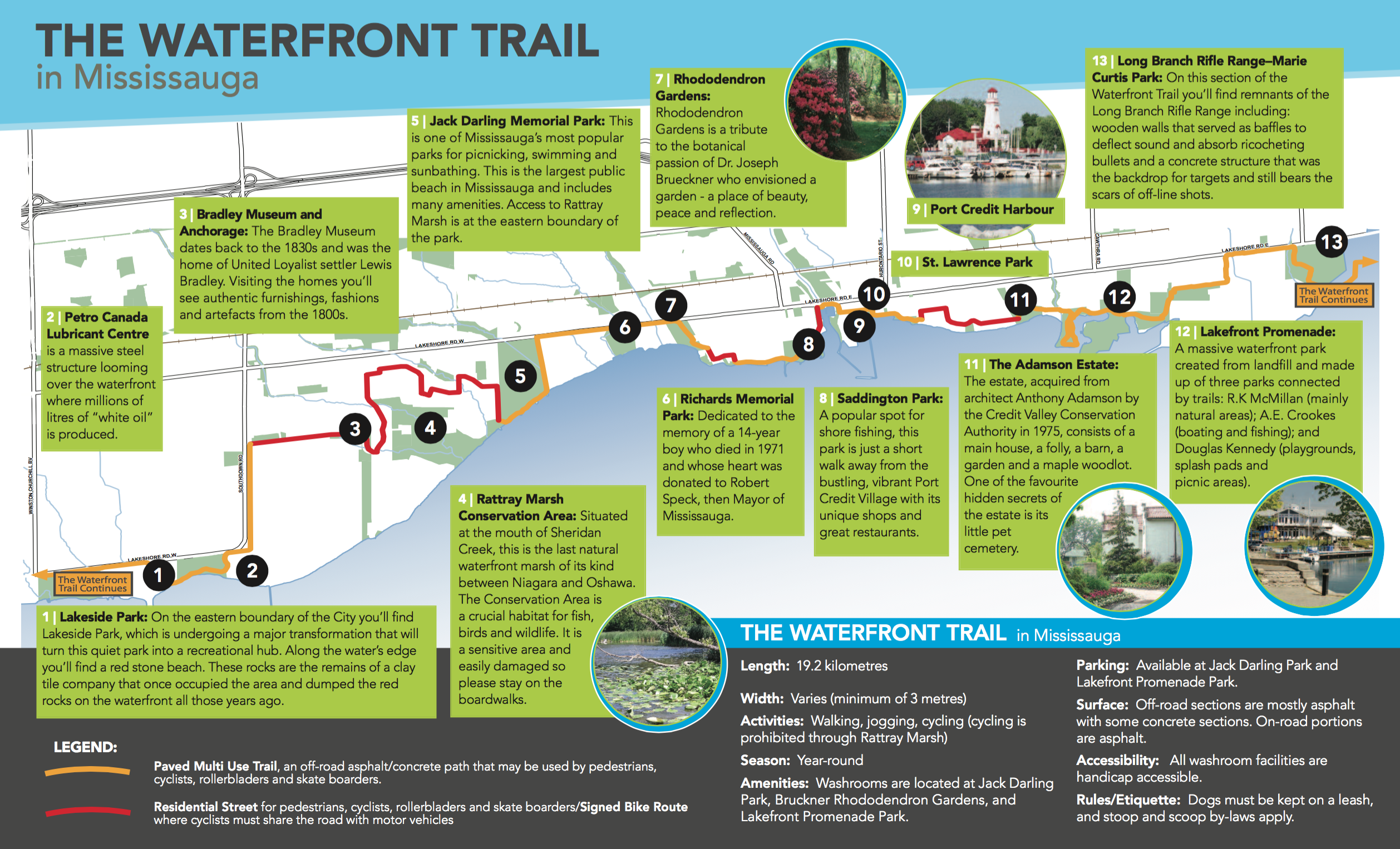 Clarkson gets better year after year, and that has a lot to do with the Clarkson Business Improvement Area.  There is a wide variety of places to eat such as Mickey’s Pizza, featured on the Food Network show, “You Gotta Eat Here”, and Capra’s Kitchen, owned and operated by the famous Massimo Capra of Food Network Fame, “Restaurant Makeover” and “Chopped Canada”. There are also the famous Clarkson Pump & Patio and  Michael’s Back Door.

There are antique stores, many nail & therapy spas, art galleries, flower shops, home decor stores, hardware stores, and many professional medical practitioners. There is little need to leave Clarkson unless you’re itching to go to a mega mall. 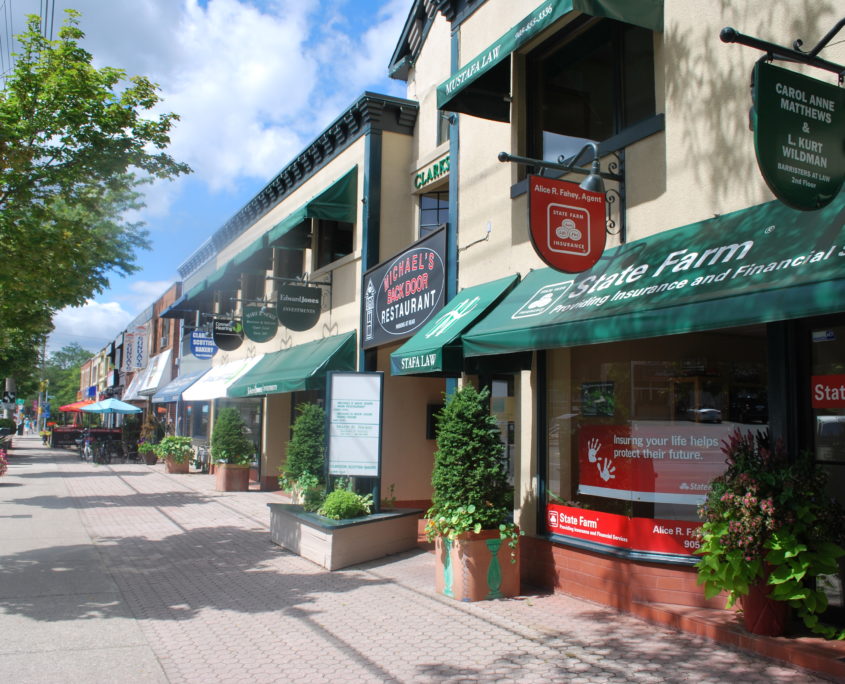 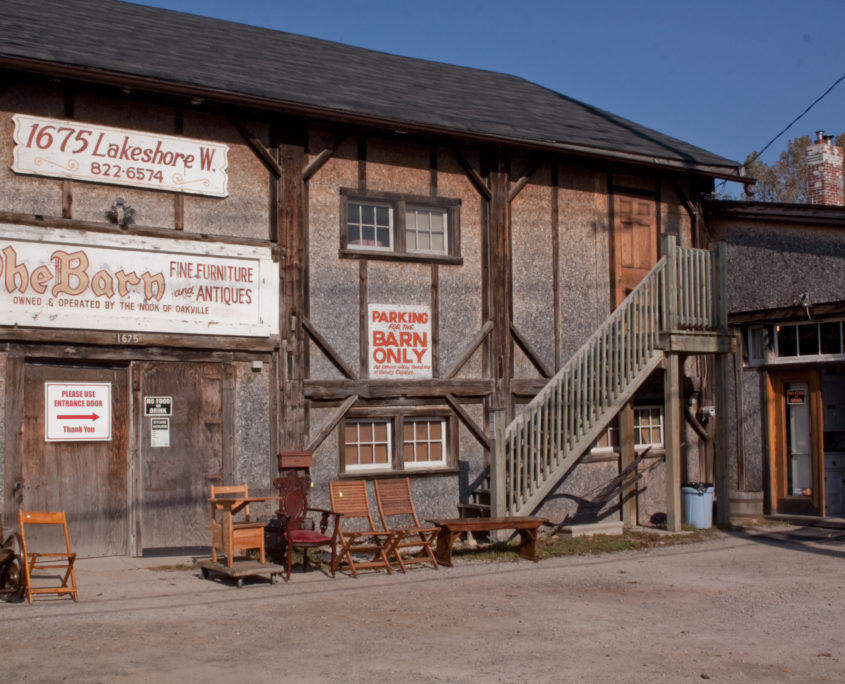 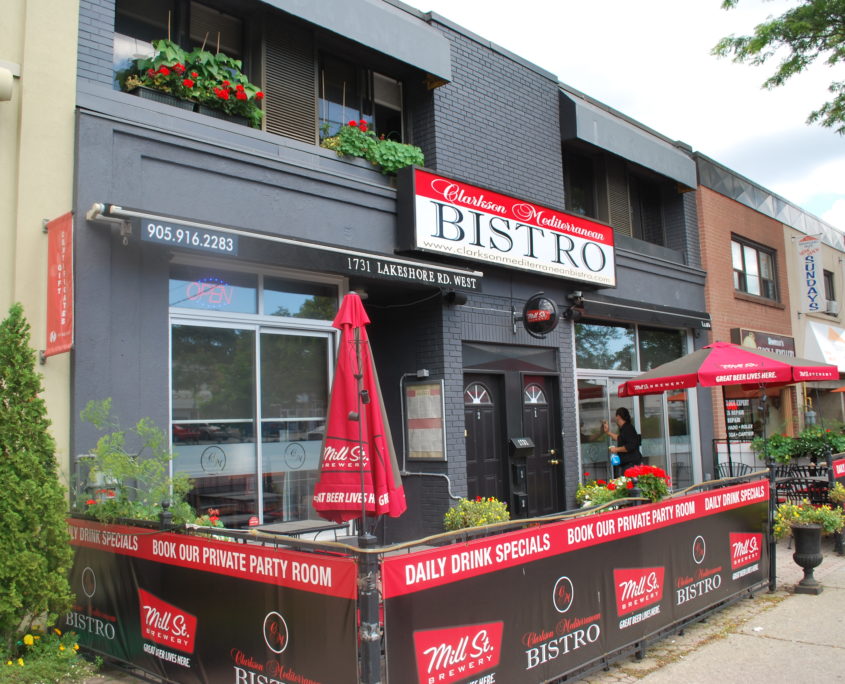 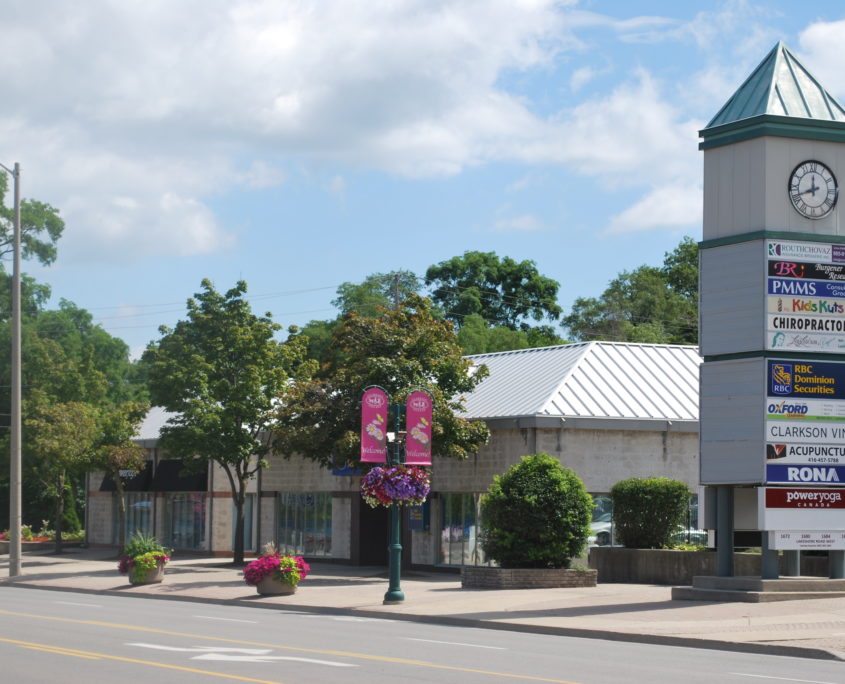 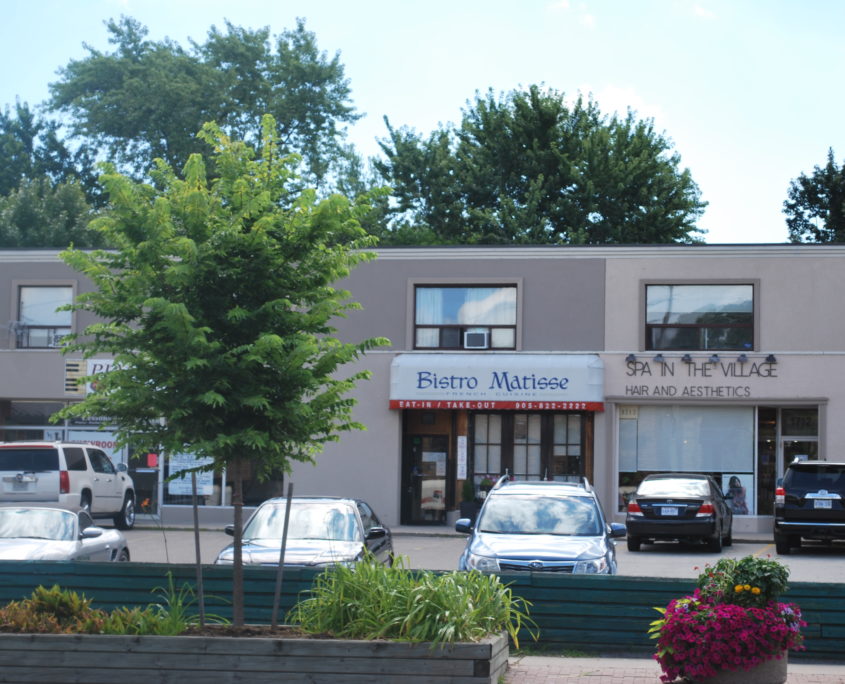 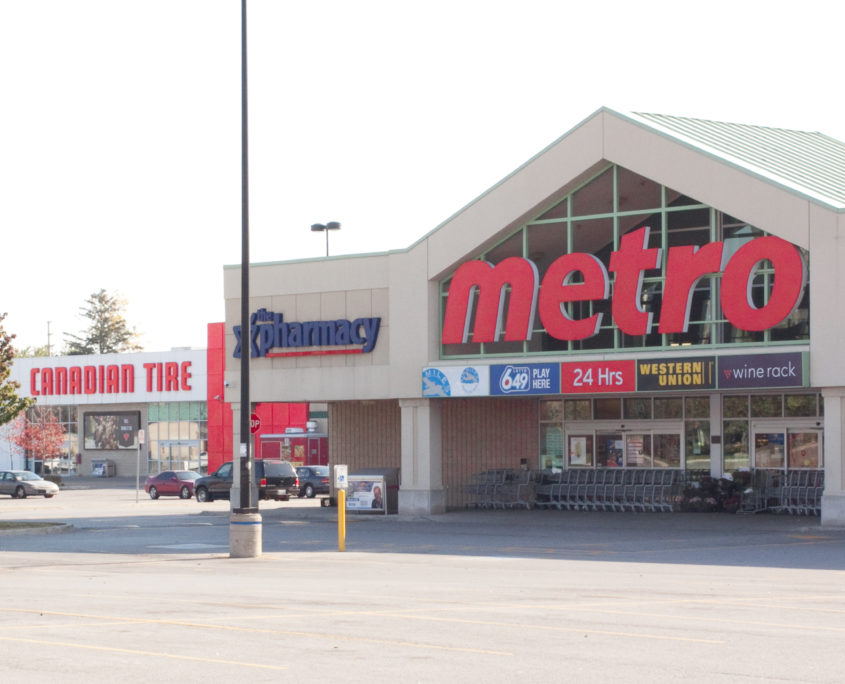 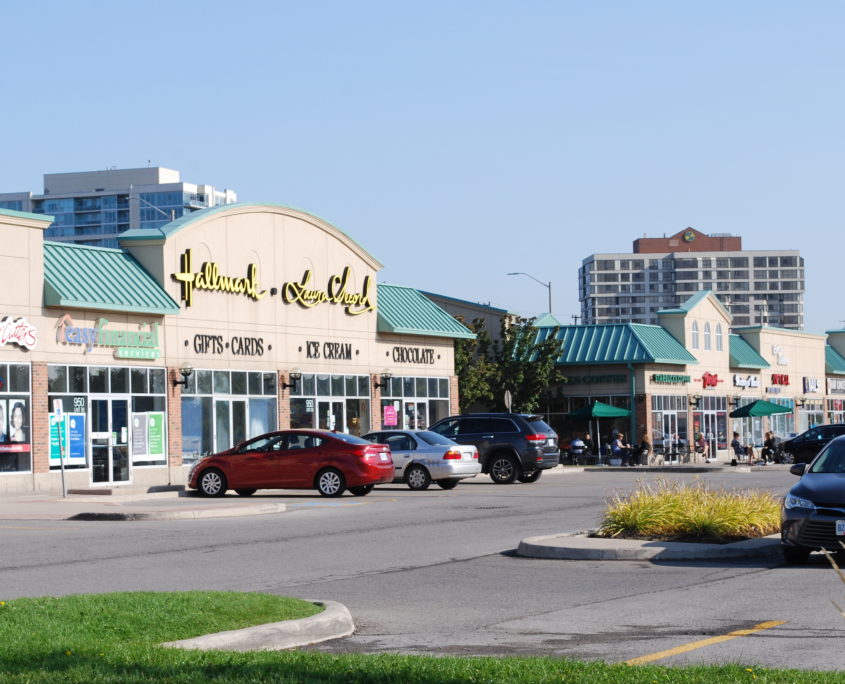 In the last 5-10 years, the most prestigious and appealing areas of Clarkson and Rattray Marsh have inched out of the budget of the average family buyer, though still more affordable than other lakeshore areas of the city.

Clarkson offers tremendous value, and an investment in certain areas will pay out on spades over the long run. Clarkson Village itself has much charm, amenities and activities, and you also have easy access to Port Credit and downtown Toronto. Family buying is more limited however, if schools are a top priority on your list.